Tractor Supply (TSC Stores), a Canadian owned and operated retailer with 49 corporate stores, engages RTC to implement a Reserve management facility within their JDA MMS merchandising system. “Store Reserve” allows a store to receive ecommerce product(s) and upon receipt, the inventory will be put into a separate “bucket” called Store Reserve so that these quantities will be omitted from the rest of the available store inventory. Any product that is in Store Reserve will not be included in replenishment for the store and is the first phase towards available inventory accuracy that can be published on the corporate website.

Ecommerce fulfillment is a major challenge in any omni-channel operation.  Allowing shoppers to buy online is great, but having a process in place to be able to fulfill online orders from anywhere, is true omni-channel.

In 2015, TSC Stores signed on to outsource the bulk of its IT operation to RTC.  The deal included RTC taking over responsibility for all MMS operations (ASP), software maintenance and development and further leveraging RTC’s suite of MMSxTend applications including StoreMobile and Warehouse Optimization.  Furthermore RTC has helped TSC make significant enhancements to their replenishment systems.  These integrations are now complete, allowing TSC to be able to vastly improve their operational workflow while viewing, collecting and managing key information real-time to MMS.  Having visibility and control of merchandise is the first step towards building an Omni Channel system to fulfill customer demands in today’s retail environment.

Every company’s fulfillment strategy is unique based on their internal infrastructure and operational capabilities. In the case of TSC, store pick up was an important channel in their ecommerce fulfillment strategy.  Allowing shoppers to pick up Ecommerce orders in the store provides additional opportunities to interact with the shopper and increase sales.  However, store pick up requires complete visibility and control of inventory, as well as the processes must be in place to handle pick up and sales.

“Our stores and Inventory teams are very excited to have this added functionality to better manage their available product for sale. Future phases will include a “bucket” for damaged inventory for added accuracy. This first phase of Ecommerce Store Reserve will be one of the stepping stones to providing visibility of our inventory by store location to our customers on our website.  Once again, RTC worked with us from a vision to implementation with very few issues.  says Susan Ross Director, IT & Capability Building at TSC Stores.

Phase two will allow full integration with the ecommerce website and provide system recommendations on fulfillment locations for each customer order accounting for store location, availability and expected receipts. 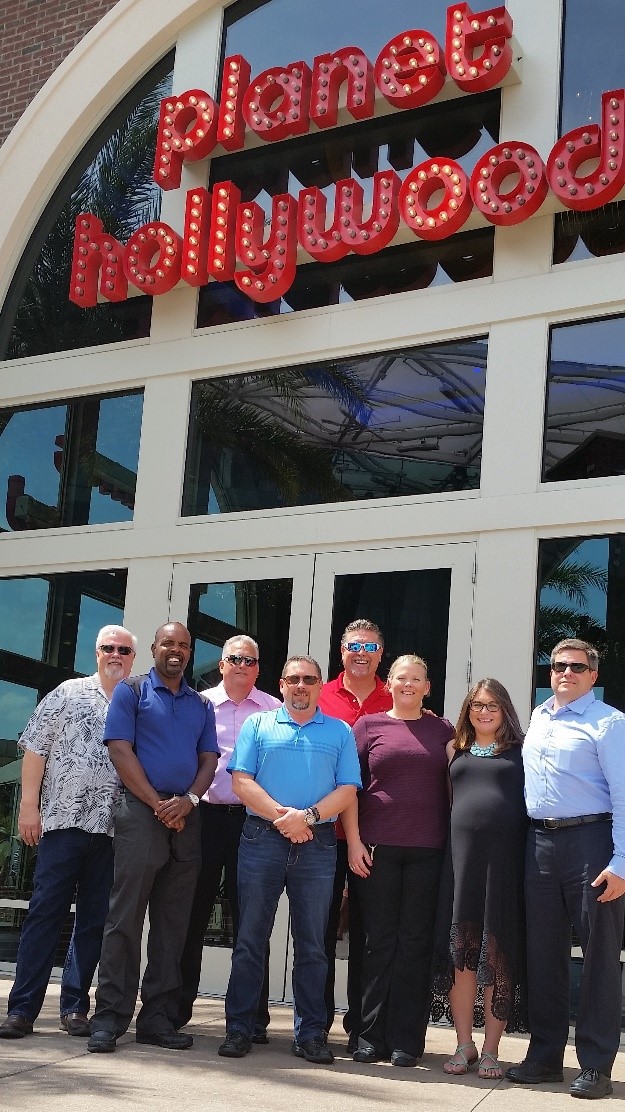 “Planet is now running a full retail Point of Sale system which is fully integrated back to JDA® MMS®, and provides all the latest mobile features and advanced pricing functionality that today’s customers are looking for,” says Jeff Cook, RTC Director Store Systems Operations.

“After twenty years of running the Planet Hollywood stores under a hospitality POS system, Planet is now realizing the full benefits of a state of the art retail specific POS system in all Planet stores and the proof is in the reduction in inventory shrink which has been reduced measurably” says Bruce Hicks, President of RTC.

Armed with Apple iPods and Honeywell sleds, StoreMobile POS/Inventory allows Planet associates to have complete control of their retail operation including real time visibility of all retail inventory regardless of the location it resides in including the warehouse,  “on order” and “in transit” inventory.  In addition, inventory can be viewed on any PC, phone or mobile device logged onto the Planet Hollywood network both in the store, at the corporate office or from a mobile device in any physical location.